Dato Dr Prakash Rao has been a member of RCKL DiRaja since 2010 and has served various roles at the club with majority of his time spent as club administration director with roles as the membership chair 2011/2012, vocational chair in 2014/2015 and as a committee member for the Skipping Rope event. This year Dato Dr Prakash is the Vice President of Rotary Club Kuala Lumpur DiRaja.

Dato was born in Ladang Geddes, Negeri Sembilan and is the eldest of seven siblings which consist of 2 boys and 5 sisters. He moved over to Bagan Pasir Estate at the age of 4 with his parents where he attended SRKJ,Sungai Sumun and then SMKJ for primary and secondary school respectively. Dato took up  his father's challenge after a year focused on hockey and football and travelled to India where he experienced life lessons in education, poverty and wealth. In 1990, Dato Dr Prakash retuned home as a medical doctor.

With regards to family, Dato is married to Datin Kumutha Malar, a lawyer by profession that worked for the US Embassy. Datin is now a non-practicing lawyer, a home maker and a pillar of the family. Dato is blessed with 3 boys-the 1st is in medicine at IMU Bukit Jalil, 2nd working on his A levels at Help University maybe with an engineering career pathway in Germany and the 3rd just finished his IGCSC with a medical career pathway on the horizon.

Dato's hobbies include football, hockey, badminton, travelling and lately he has picked up gardening. 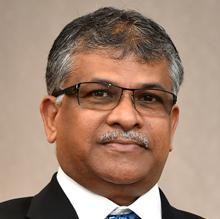 Let's Get in Touch

We Make An Impact.
We Take Action.